This week we tried to work out why the length of a shadow changes  throughout the day.  We already knew that shadows are formed when the sun light  is blocked by an opaque object. 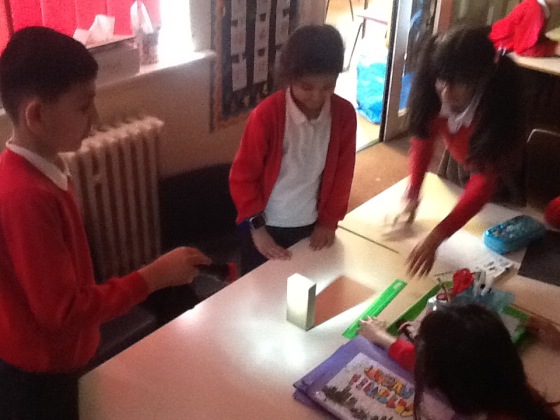